The new headmaster of Eton is Simon Henderson. In a …

The new headmaster of Eton is Simon Henderson. In a recent interview, he stated that emotional intelligence is to be a priority at the world renowned school. Many in the media have taken this to mean that academic standards are to be of lesser importance. They could not be more wrong, writes Andrew Foster, Tougher Minds Head of Education.

It is heartening to hear of yet another significant figure in education recognising the need to address the issues of confidence, resilience. And doing this well results not in pupils who excel in their relationships with others instead of their studies. It produces pupils better placed to achieve excellence in all areas.

In everything we attempt, we are dogged by emotions unhelpful to our long-term aims. 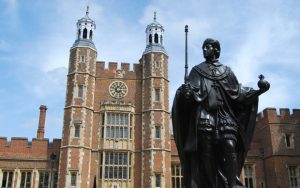 Our brains, well-suited to life as it was thousands of years ago when staying alive was the sole priority, often generate feelings and desires that lessen our chances of success: “I don’t want to do my homework, I want to play Xbox”; “I don’t want to go to the gym, I want to stay on the sofa”; “Am I really up to delivering this speech? What will people say if I make a hash of it?”.

We don’t have to just suffer them, as if we were naked in a hailstorm. Not if we learn to be emotionally intelligent.

“How were the Easter holidays?” I asked one GCSE pupil on the first day back from them. The answer:”Great. I was shocked at how not stressed I was revising.”

This is what I want for every child – the ability to manage situations that would otherwise cause upset and underperformance. That pupil had by Easter, through her engagement in the Tougher Minds programme, developed an arsenal of responses to the inevitable rollercoaster ride of emotions created by preparation for her first set of public examinations.

People have often commented on how Eton and other long-established private schools seem to bestow a sense of confidence on their pupils that they carry with them. I wonder to the truth of this – our brains are also poor at recalling examples that challenge our perceived wisdom. However, even if for sake of argument we concede it is the case that confidence is “caught” at these schools, how much better would it be if it was explicitly taught?

Pupils at Colfe’s School in London that Tougher Minds have been working with have received just that teaching for several years now. Their emotional intelligence increases as they better understand their emotions and the impact those emotions have on their behaviour.

However, they are not just knowers, they are doers, equipped not only with an understanding of the brain but also with practical and effective techniques to manage motivation, concentration and confidence.

All power to Simon’s elbow. As he comments, “teenage boys are teenage boys” and his pupils will benefit from the leadership of someone who realises the centrality of emotions not just to how they perform, but to their present and future welfare in every aspect of their lives.

If like Tougher Minds he is able to get young people actively taking control of their emotions then he will be doing them a great service indeed.